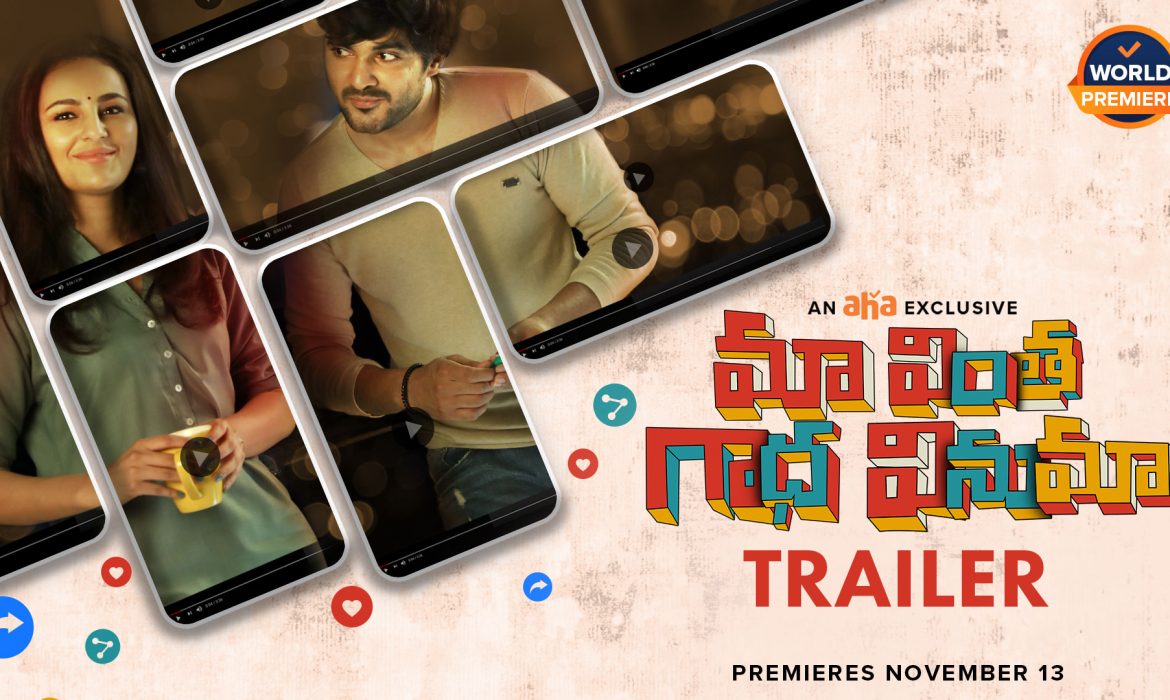 Indian movies online are currently the source of entertainment for movie freaks. OTT platform provides various Indian movies online that can be selected based on the viewers’ choices and preferences. All you have to do is download the app on your tablets, mobile phones, mac, or your smart TV and enjoy the streaming of movies. A new movie in the Telugu language for the year 2020, Maa vintage gaadhavinuma, is released on aha- OTT platform for the Telugu language for its viewers on premium content.

The movie maavintagaadhavinuma is all about an engineering collage boy Siddhu (SiddhuJonnalagadda), who falls in love with her classmate, VineethaVenuGopalan (Seerat Kapoor). Although he loves him wholeheartedly, Vineetha is reluctant initially, but later she also falls in love with him. An incident happens when the couple heads to Goa and changes their lives. A drunk and funny incident there leads to a severe consequence of their relationship.

The film begins with Siddhu narrating his story to a police cop when he gets arrested. He is a typical college boy who does fun in college and has many backlogs. The director has done a great job of bringing a modern college atmosphere to introduce the hero. Things get interesting when the couple visits Goa for a pre-wedding shoot of Vineetha’s brother. The film shows Siddhu’s dedication to save his relationship after the Goa visit is commendable. He does his best to repair all that is broken. Nothing much is shown in the first hour of the movie. We get to know about the characters, their friends, and their family.

The movie even gets a little emotional when Siddhu is struggling to win his race. The scenes between Sidhu and Seerat’s characters are well written, with their chemistry also being good in the movie. Of course, the film has a happy ending like many other movies, and the music given by SricharanPakala and Rohit- Joy is touching. Seerat has also done justice to her role and was very fantastic while performing her roles. Siddhu, who himself is the writer of the movie, has also performed his role with ease. Other actors in the movie have also played their roles pretty well. Sidhu’s father also makes him understand to move on if she disagrees with the relationship and tells him to respect her decision. This is the much-needed guideline these days, as boys and girls get short-tempered and take the wrong decision.

MaavinthaGaadhaVinuma, if it had been narrated more effectively, would have become an inspirational story for youngsters, showing how man has to be strong enough to admit his faults. Overall the movie is perfect in direction; cinematography and the sound effects of the movie will bind you with the movie. In your New Telugu movies watch, this movie should be there on your list. Just grab a packet of chips and tune into the crazy ride with aha.